Gravel and Dirt with the Surly Cross Check - 2 weeks on

So with the bike build complete, I have done a number of rides and made a couple of changes. Overall the Surly Cross Check has proved great fun as a go anywhere bike.

As expected, brakes needed some tweaking, my initial thoughts are that the Shimano BR-CX50 cantilevers are pretty good, better than Tektro and the Avid Shorty Ultimates that I had on my last Cross Check, but not quite up to the standard of Paul Touring Cantilevers, close enough though and I suspect they will improve once bedded in. 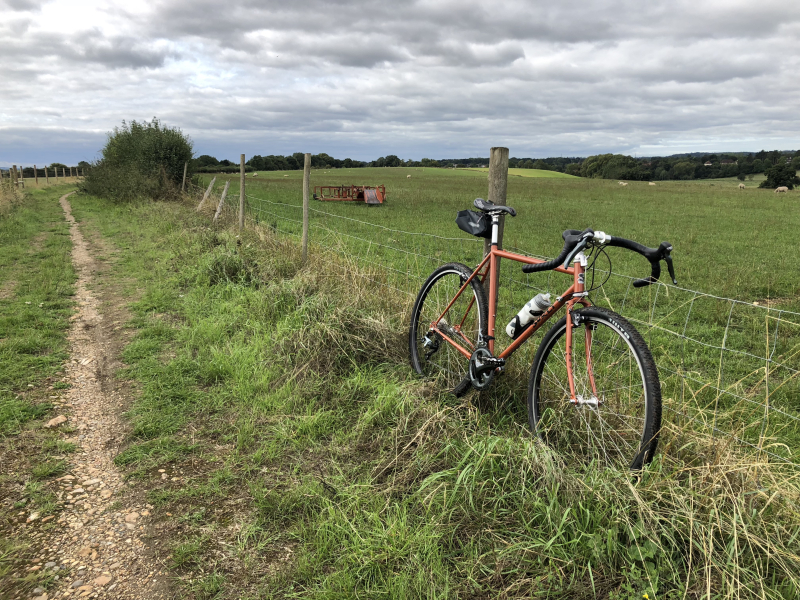 The WTB Nano 40c tyres are impressive, admittedly I don't have much experience off-road, but they have worked faultlessly through gravel, rocky paths, woods and a bit of mud, most surprising is how well they roll on the road. Obviously there is more rolling resistance to them than my Schwalbe Marathon Supreme 32c tyres but they are pretty smooth, quiet and comfortable, I am currently running at just below 40psi front and just above on the rear which seems a good compromise for the mixed riding I am doing.

I am not greatly obsessed with bike weight and haven't weighed things yet, from general handling the bike weight feels pretty close to my Reynolds 631 tubed Bob Jackson World Tour, which would be about right considering the Surly Cross Check has a heavier frame and forks, but lighter (and fewer) components.

The only significant change made is to the wheelset. I originally put the Surly together with my Royce hub / Mavic A719 rim wheels "borrowed" from the Bob Jackson. I will be using both bikes through the winter so a new wheelset was always on the cards. Harry Rowland is my wheel builder of choice and following a couple of emails and a conversation, we decided on 36 hole Shimano Deore LX hubs with DT Swiss TK 540 rims. These make for a strong build, on strong touring rims, for what is now commonly termed a gravel bike or monster cross, a touring wheel designed for durability in a mix of conditions is a good fit. Weighing 545g with an inner width of 18.2mm and outer width of 23.6mm, the DT Swiss TK540 rim is in fact very similar to the Mavic A719, of course the handmade Royce hubs are in a different league to the LX hubs but I see no reason why they won't be durable and work well. 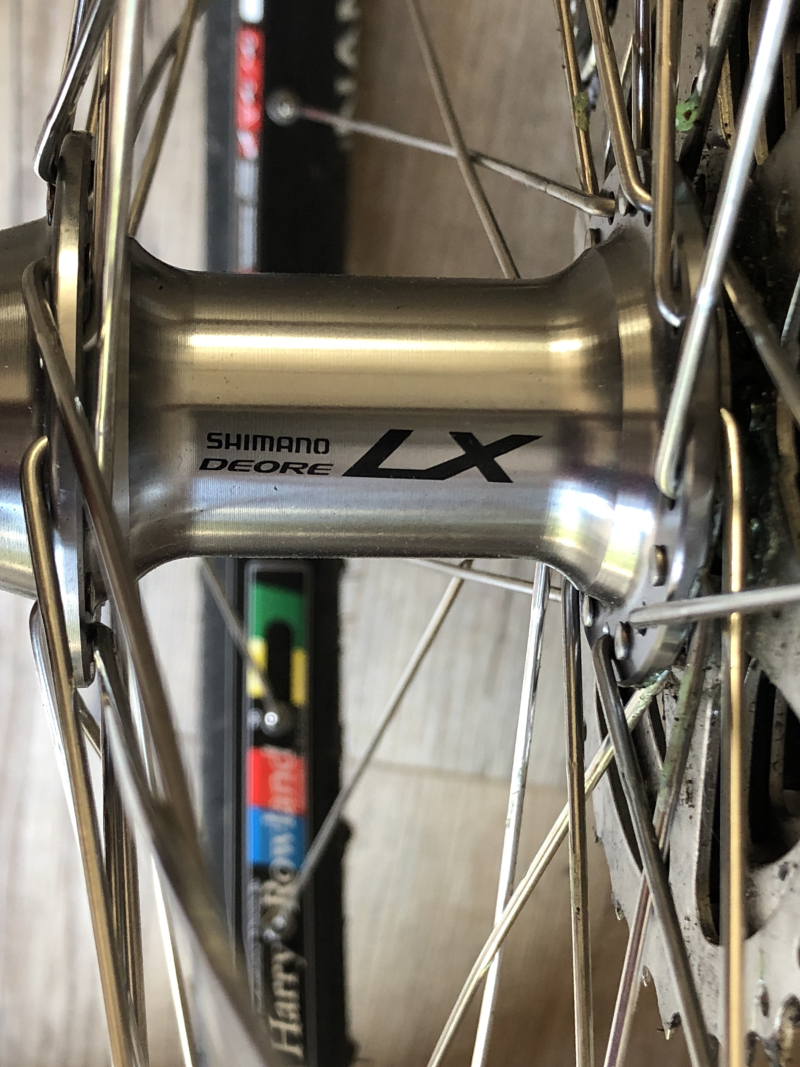 Over the next few weeks I will probably re-tape the bars with thinner 2mm tape and gel pads, Fizik's 3mm thickness "Performance Handlebar Tape" is not bad, just a bit of the worst of both worlds, bulky in all the wrong places! I also suspect the platform pedals won't stay - whilst the MKS MT Lite pedals are comfortable and I love the idea of being able to hop on without changing footwear, I miss the feeling of being properly attached.

The Surly Cross Check is often classified as a jack of all / master of none. It doesn't really make sense as a road bike and there are better options available for pure off-road use, but there is something I just love about this bike and it feels like it is really reaching its potential far more than my first Cross Check that was built up purely for tarmac. It remains one of the few non-disc adventure bike frames around, whilst I do see the value of disc brakes for this sort of bike in both power and the ability to cope with water and mud, the simplicity of cantilevers remains a big advantage for me.