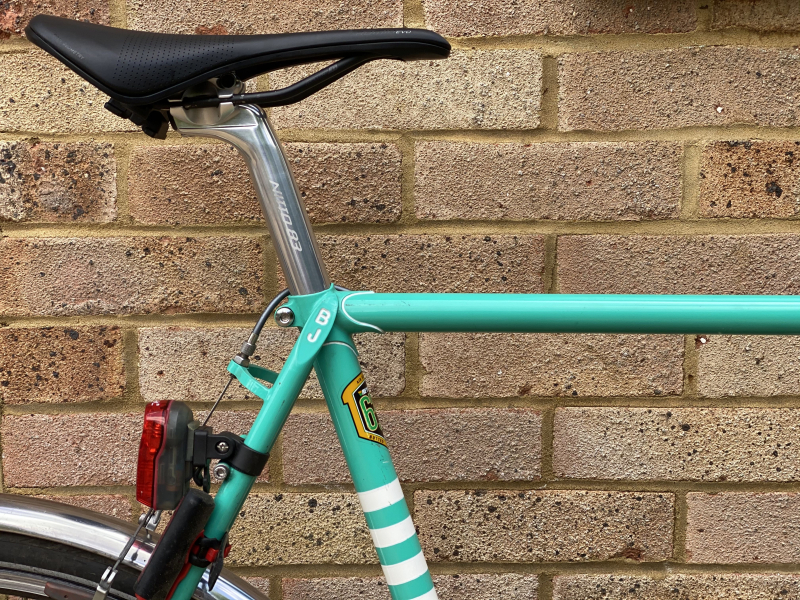 Since switching from the Brooks Team Pro to the Specialized BG Romin Evo saddle on my Bob Jackson World Tour, I have found the angle hasn't held perfectly. The Nitto S65 "crystal fellow" has been on the bike since I built it and has never caused any issues... until now.

Obviously the first step was to dismantle, clean and reassemble. The S65 has a very polished surface, including where the surface of the gripping washer clamps on to the post - to obtain a good hold on metal-to-metal friction connections, I find carbon assembly paste can do wonders - however even that trick didn't work in this case.

My conclusion was that over time the post had slightly indented at the angle of my previous saddle and naturally slotted back to that under pressure.

The Nitto S65 is the only single bolt seat post I currently have in use, my Condor has a two bolt carbon seat post and my Surly has a Thomson. Two bolt posts require less torque in my experience and logically are able to set and hold their angle position much easier. The Thomson posts are probably the best I have used but aesthetics are important too and the Bob Jackson, with Nitto quill stem an Nitto bars "needed" a matching seat post.

The S83 seemed a logical choice and relatively easy to obtain in the UK. Silver components are more tricky to get with pretty much everything black now, Ritchey and of course Thomson continue to do silver and a few days ago, Zipp introduced their "Silver Service Course" range which would be very high up on my list for any new bike build. 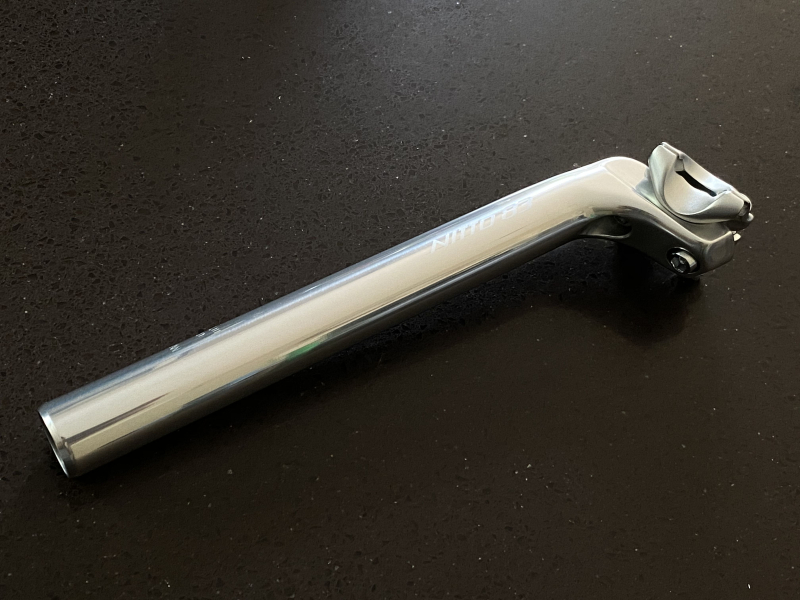 The Nitto S83, 250mm, 27.2mm version, shares the same outstanding quality of the S65. The finish may be slightly more polished or less pearlescent, not sure. The branding is subtle with laser etching on the post sides, albeit quite large - given the choice I think I prefer the more subtle black logo at the top of the S65. Mechanicaly there is no doubt the design is better, more easily set up and adjusted. There is a slightly larger clamping area, so although there is 1mm less set back according to Nitto, 23mm (24mm on S65) the design is such that you will need the saddle further forward on its rails to achieve the same relative saddle position. Be aware of how this might impact saddlebag fittings or even the ability to position the saddle optimally. Weight is 25g greater on the S83. 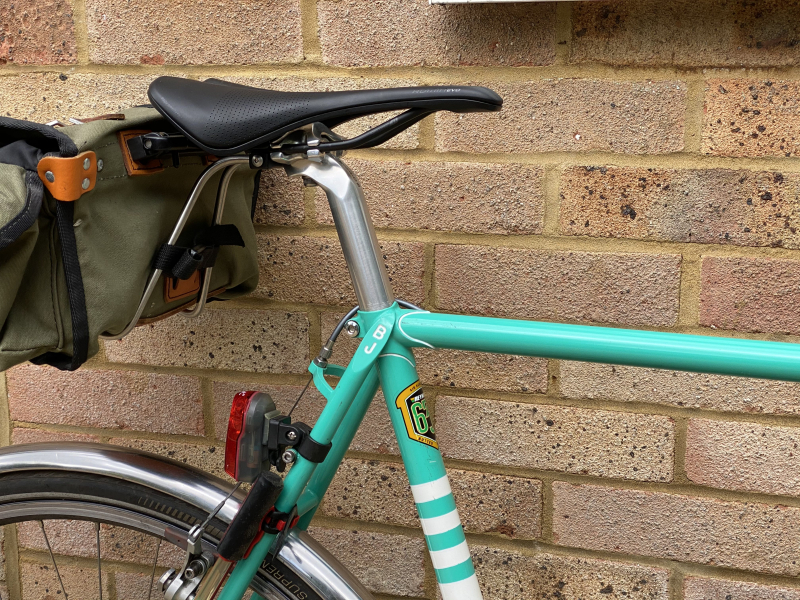 1 - to obtain the same height I measure from the BB centre through the seatpost line to the top of the lower clamp of the front clamping area, where it would meet the saddle rail. This means I can get the seatpost fitted perfectly before worrying about mounting the saddle and is an easier measuring point than a contoured saddle surface.
2 - I have always used copperslip (or similar copper based anti-seize grease) on bolts and between metal surfaces, it allows good connections without over-torquing and it lasts. So for a seatpost fitting, I would apply it sparingly to all contact surfaces, the post itself, the bolts, washers, seat rails etc.
3 - Nitto seat posts are easy to scratch, so if you insert it to far and then pull it out, it will likely show very visible scratches, take care, do it slowly and carefully.
4 - to get a straight saddle is tricky by eye, so I clamp two long poles into the rails to accurately align the post. 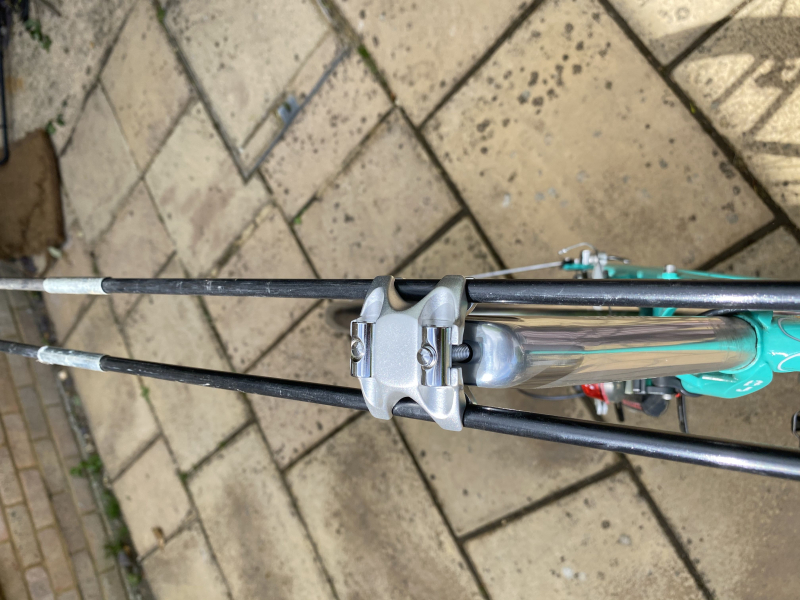